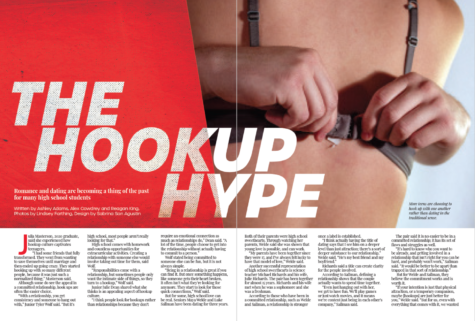 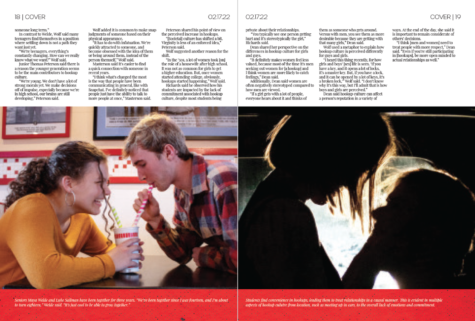 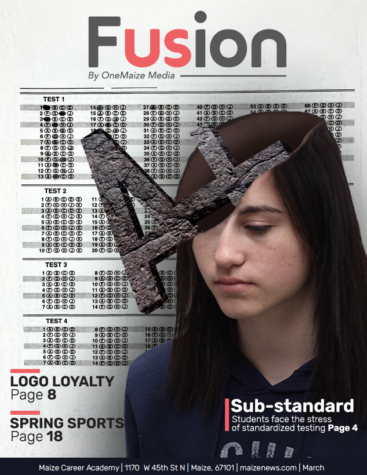 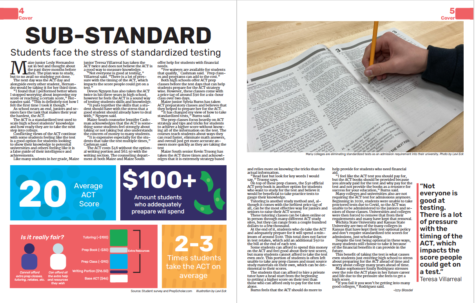 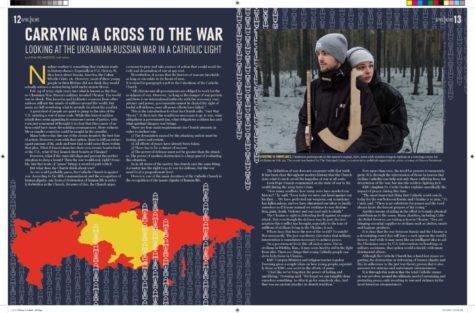 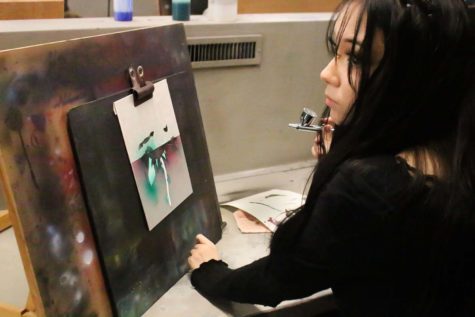 As her rose starts to take shape, freshman Roxy Wirt ponders her next step in Introduction to Airbrush. Wirt’s talent in airbrush largely stemmed from her focus on learning a variety of skills in her first try in this field of art. “I think a lot of what they enjoy is it’s just them,” teacher Roger Scovell said. “Their success is determined by the effort they put out…. Students are nervous, but I’ll teach them how to use the pencil, compass, brush, how to hold the brush. 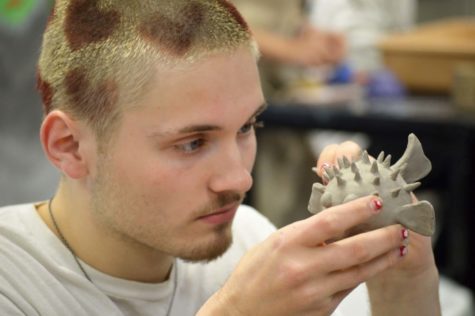 Junior Tyler Riggles focuses on shaping his creation for ceramics class. For his sculpture, Riggles decided to make a pufferfish because he wanted to challenge his skills creating ceramic art. 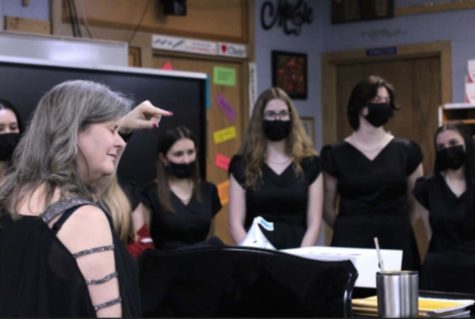 Listening to the pitch, fine arts department chair Robin Christie plays notes on the piano for the girls choir to match. The Girls Glee concert prepared the girls choir for the KMEA performance the next day. “The energy was high and exciting,” Christie said. “It was a great concert.” 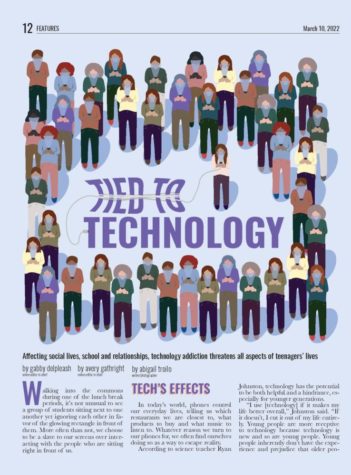 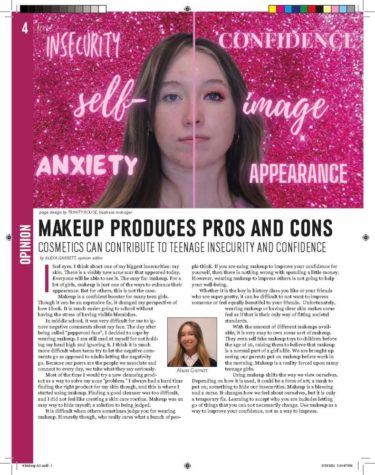 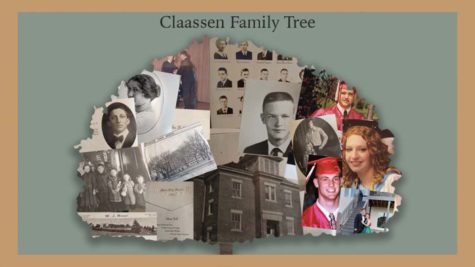 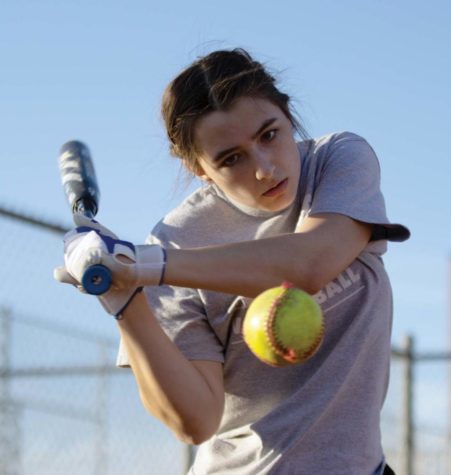 Sophomore Josephine Johnson focuses on hitting a ball during soft toss with her teammate during tryouts March 1. “I think what I like most about soft toss is that it’s more game-like, whereas when you hit off of a tee, the ball isn’t moving,” Johnson said. 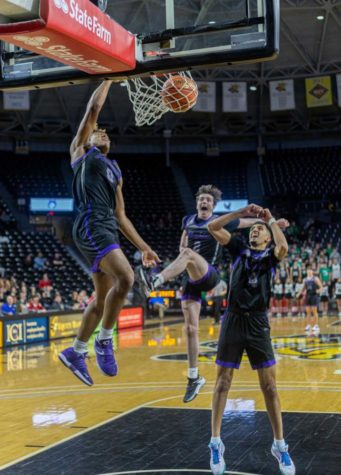 Junior Grant Stubblefield goes up for a one-handed dunk alongside seniors Joey Robinson and Avnoor Bhullar at the end of the semifinal game of the 2022 6A State Basketball Tournament against Lawrence Free State, March 11. “It felt really special,” Stubblefield said. “It’s a moment I’ll have forever and remember forever.” The Huskies defeated the Firebirds, 51-42. 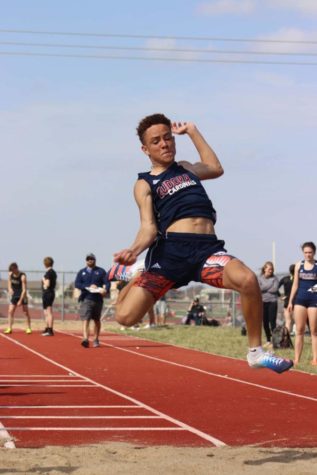 -Sophomore Adrion Seals takes flight on a third and final attempt in the long jump during a quad track meet at Eudora High School Mar. 29, 2022. Seals finished with a jump of 19 feet, 4 inches to place first. “It was a tough first meet to jump in with the wind, but it felt good to get back into real competition again,” said Seals. Wellsville, Paola, and Piper were the other teams competing in their first meets of the year. 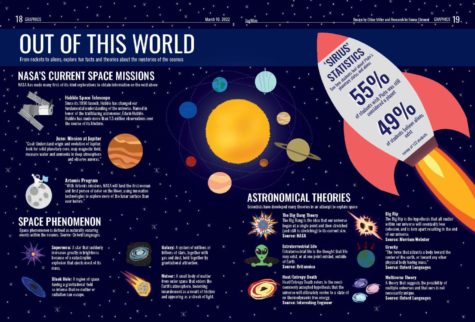 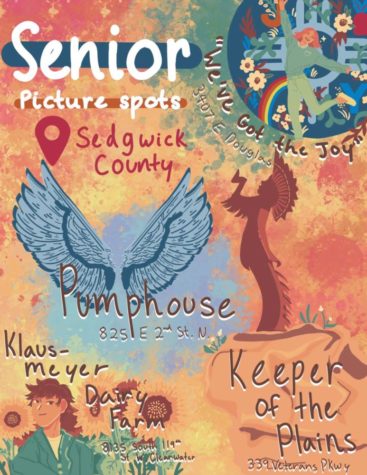 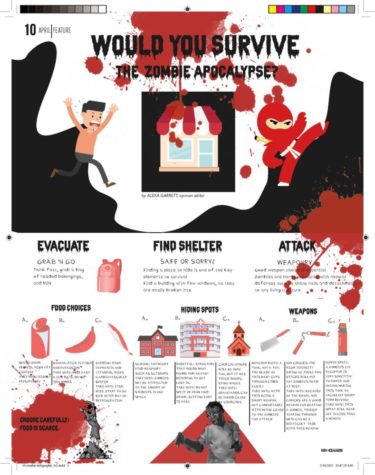 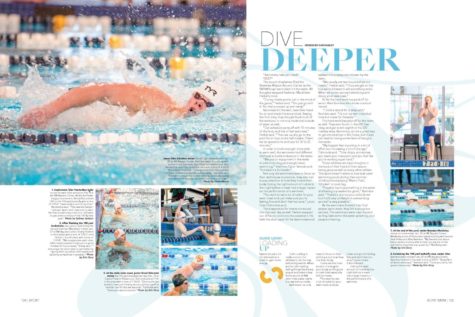 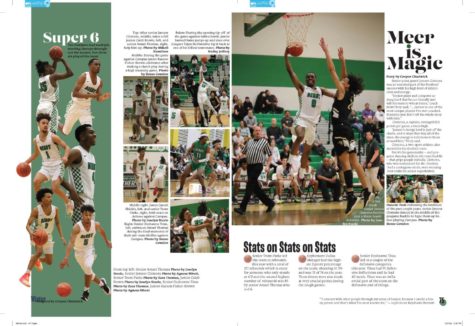 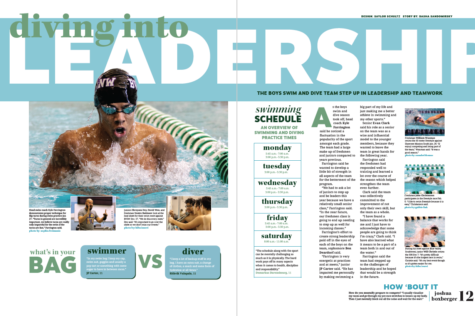 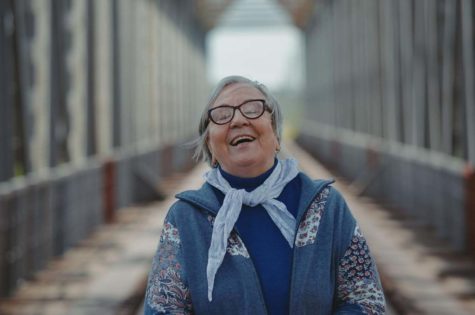 Last Laugh. On Feb. 24 Russia invaded Ukraine. Babusya Syniavska took a walk with her granddaughter in western Ukraine on March 3. The next weekend, her daughter and her family left for Poland. The daughter remained in Poland to stay near Syniavska but sent her daughter to America to study and be safe. “I love my new school but miss my family,” Syniavska’s granddaughter, Kateryna said. “Studying is hard in English all day.” 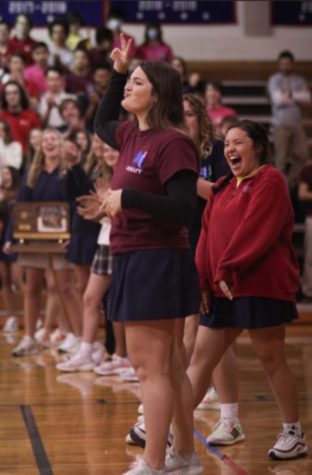 Getting called up, senior Lizzie Weixeldorfer hears her name in the pep assembly for varsity girls winning state as a manager. This was Weixeldorfer’s fourth year as a basketball manager and her third year as varsity manager. “I was so proud [when they won state] because I know how hard they work and how many people they have against them,” Weixeldorfer said. 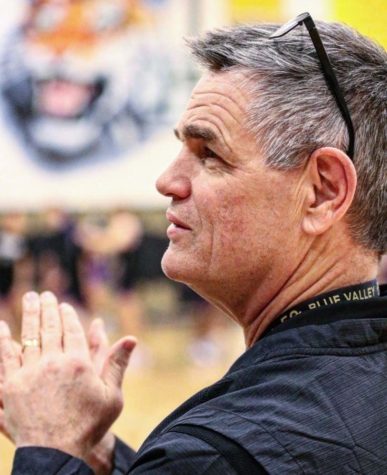 In an email to the BV community, principal Scott Bacon announced his retirement at the end of the 2021-2022 school year. “I will always hold my time, experiences, and memories in the Blue Valley community near and dear to my heart,” Bacon said in the email. “I cannot thank you enough for your tremendous support and encouragement over the years. My love for the students, staff, and families of the Blue Valley community will be everlasting.” 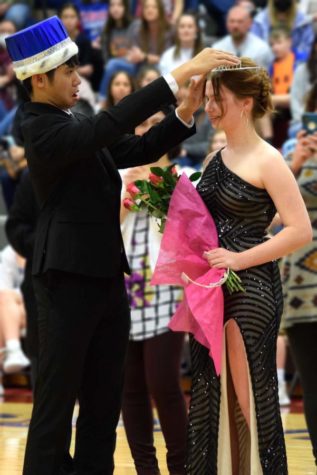 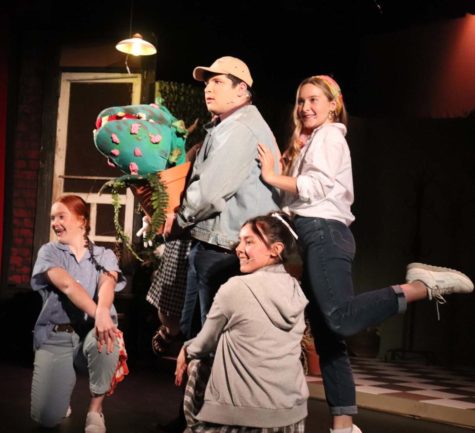 After completing a radio interview about his new plant species, Audrey II, Seymour, played by Ben Godina (12), and the doo wop girls, played by Lauren Harding (11), Mary Newboles and Maggie Bourell (11), pose for a newspaper photo. The second musical of the school year, Trinity Catholic’s Theater program combined acting, singing and puppeteering in “Little Shop of Horrors.” “This was the only scene in which I had to feel the struggle of being a puppeteer. But it was a lot of fun getting to animate myself and a puppet at the same time,” Godina said. 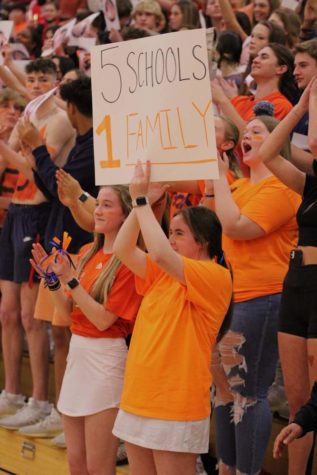 Senior Erica Johnson holds a sign during the girls sub-state basketball game between Olathe West and Olathe North on March 3. Earlier that day, Olathe schools were notified about a shooting that took place at Olathe East, injuring two faculty. Both student sections decided to dress in orange and blue and decorate the gym with posters in support of Olathe East.

Your ticket for the: Congratulations to the March 2022 monthly contest winners!