The office of the Kansas Scholastic Press Association is located at the University of Kansas in the William Allen White School of Journalism, but its Board of Directors is comprised of high school teachers from around the state.

Feel free to contact any member of the board for information regarding KSPA and its programs, contests and conferences.

The KSPA board meets three times each year at locations around the state. At those meetings, the KSPA board secretary compiles minutes. At the following meeting the KSPA board votes on revisions to the minutes and approves them. Those notes and drafts of minutes are shared here. 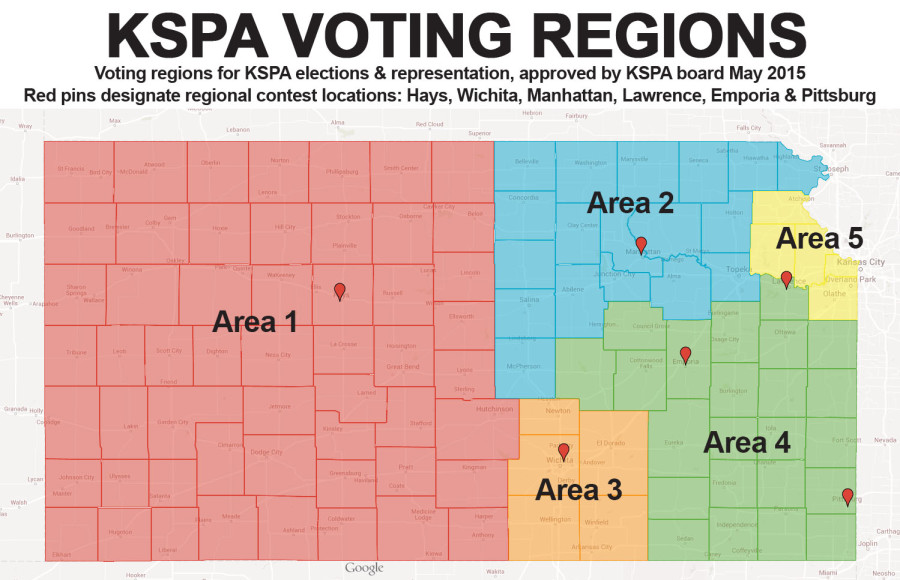 The KSPA board is comprised of advisers elected from five areas of the state as drawn by the executive director and approved the by KSPA board. Board members elected in April 2014 and earlier represented schools based on this map.

Board members through May 2021

Board members through May 2022

Presidents of the KSPA board

Past KSPA Executive Board Presidents include:

Your ticket for the: Board of Directors