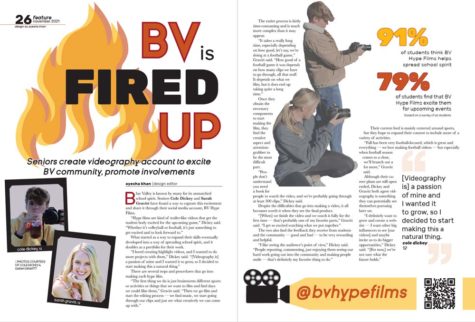 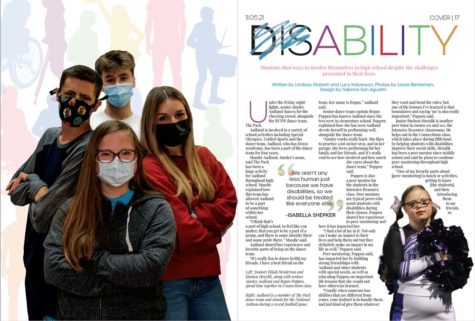 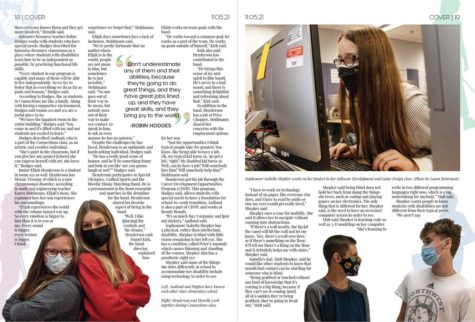 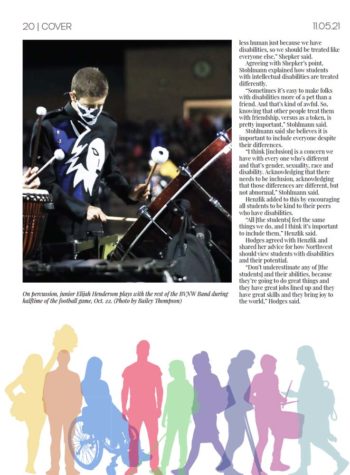 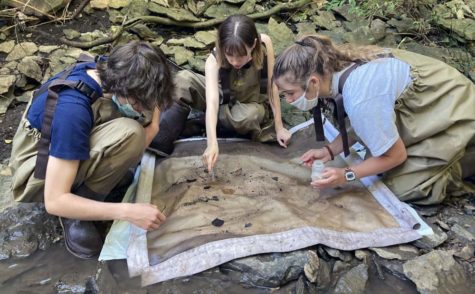 Working as a team, seniors Jack Brown, Soledad Stevanov and Quinn Franken look for specific bugs and organisms on a waterproof pad at Shawnee Mission Lake Friday, Oct. 8. Students in the Environmental Resources and Wildlife Sciences class collected plant and bug samples in order to study environmental effects on growth rates. “It was really fun. I thought we were going to be there longer but we were only there for ten minutes,” Stevanov said. “We were collecting plant samples to put in our aquaponics lab to reharvest.” 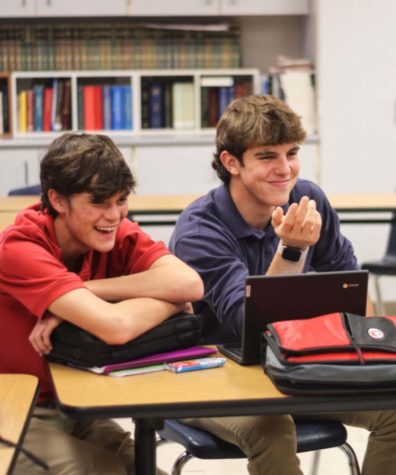 In a mental health club meeting, juniors Gavin Mannabauch and Jack Elder laugh as other members of the club share the best and worst parts of their day. The mental health club is a newly developed club created by senior Eve Waris and supervised by junior theology teacher Mr. Dessert. “My favorite part of mental health club is the community and welcoming atmosphere and how accepting and kind everyone in the club is,” Elder said. 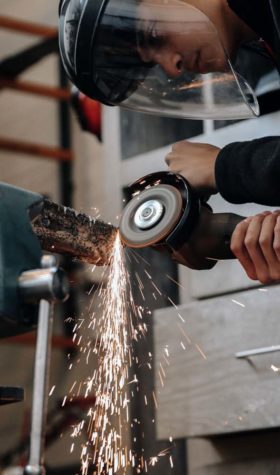 Friction creates heat. Using a grinding tool to remove corrosion from a piece of metal for a car axle, senior Bart Donaldson works at the Center for Academic and Professional Studies. Donaldson spent his last two hours at CAPS instead of taking traditional classes. “I miss being at West sometimes but it is really fun to actually work like a real mechanic,” Donaldson said. 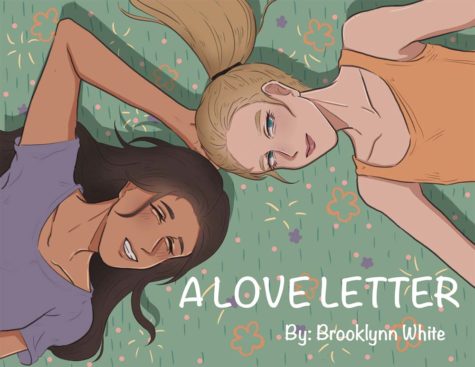 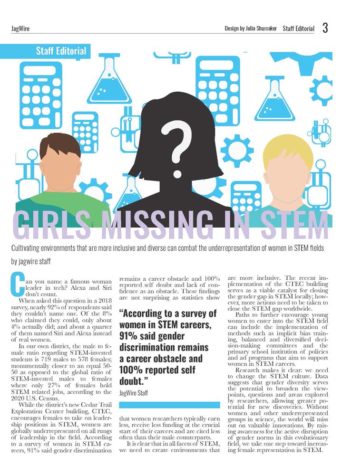 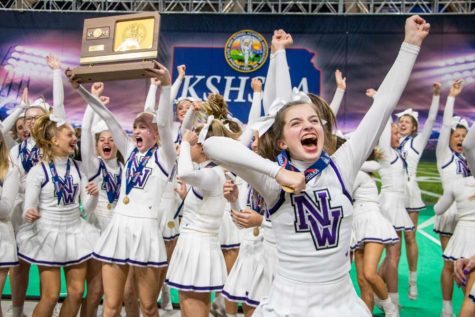 Senior Kay Kay Winn falls to the ground as juniors Samantha Herpich and Julie Griggs tug on her sweatshirt instead of the flag in the annual Powderpuff flag football game. The game was set up as juniors vs. seniors of dance and cheer where the seniors won 24-0. 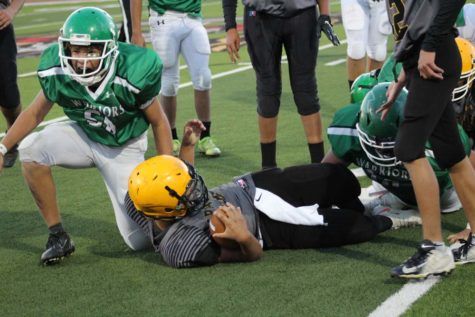 The eighth-grade Warriors face their cross-town rivals on October 14, 2021, on the Redskin Football Field to obtain the coveted win. The team wasn’t doing so well as they started to fall behind; Easton Cooley came in for a fantastic tackle closing even though they barely lost against the Apaches. “My favorite part of the game was playing against our rival team,” said Easton Cooley (8). Photo taken by: Rebecca Davis (7). 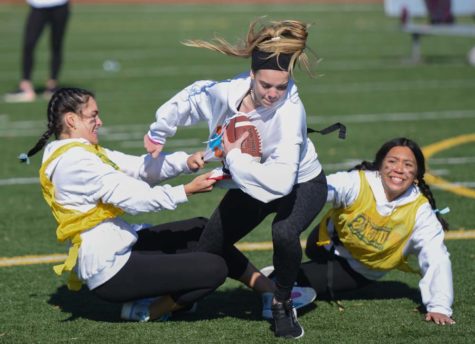 Freshman Kate Bowling and the BVNW cheer team won state Nov. 20. “I felt super relieved and I’m still super excited to this day,” Bowling said. “Words can’t explain the amount of happiness I felt, but when we won I had felt a big weight lift off my shoulder.” 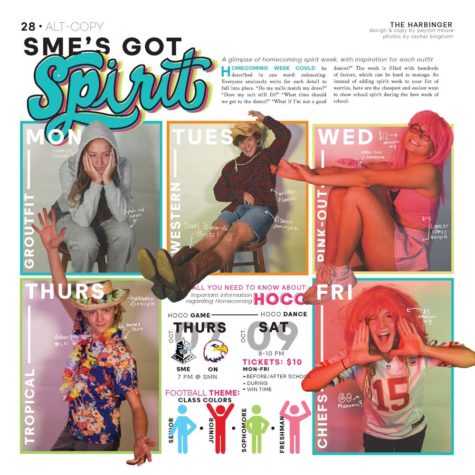 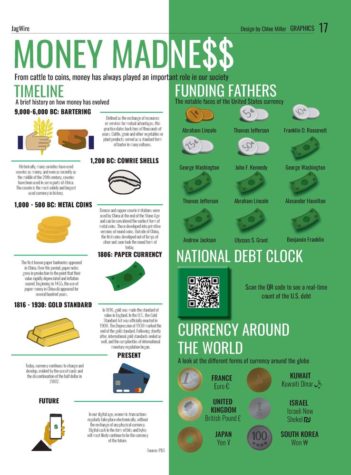 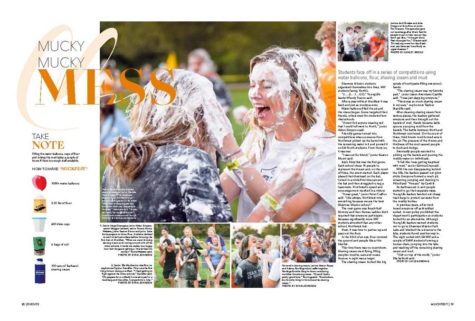 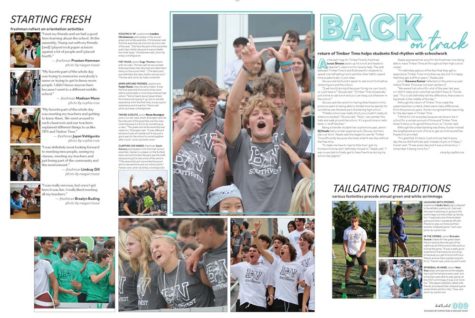 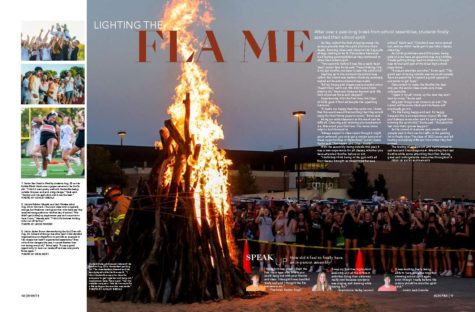 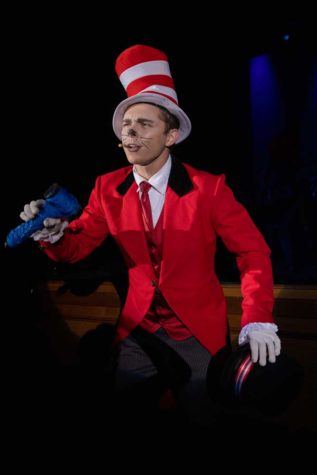 During the production of Seussical the Musical, senior Raleigh Jonas auctions off Horton the Elephant while playing The Cat in the Hat. Jonas took on the roles of both the auctioneer and the buyer. “The auction scene was not scripted. Mr. Hastings gave me full reign to do whatever I wanted, and the entire scene was improved on the spot,” Jonas said. 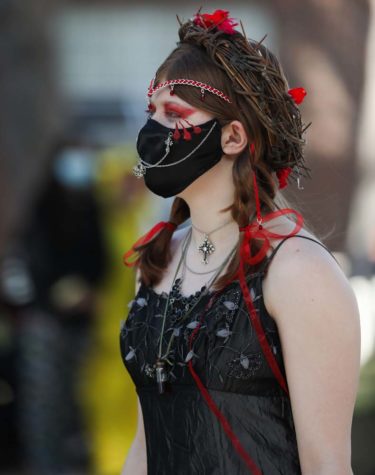 Modeling clothes styled by senior Meena Pittman, senior Naomi Hart marches the runway at the SM North Rose Garden Fashion Show along with 27 other models. While walking past the crowd of 200 people watching, to stay centered and calm she thought up a song to herself in her head. “It was a lot of nervous energy at the show, but most of us were really excited,” Hart said. “I was thinking the entire time ‘just don’t let the crown slip,’ and ‘just keep walking, don’t trip and you’ll be fine.” 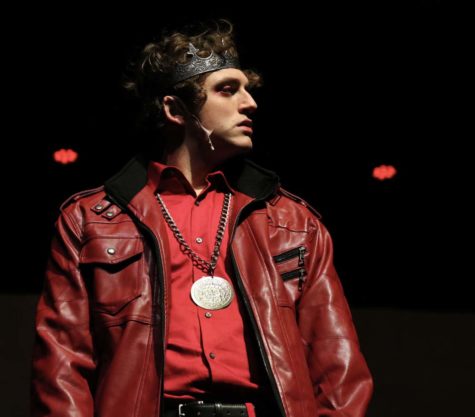 Hail the King. Performing a monologue during the final dress rehearsal of Macbeth on Nov. 17, junior Jake Barton basks in the spotlight. As the lead character in the Shakespearean drama, Barton was often on stage alone reciting long emotional lines. “I never dreamed I get to be in a show like this, let alone have the lead,” Barton said. “This role transformed me.” 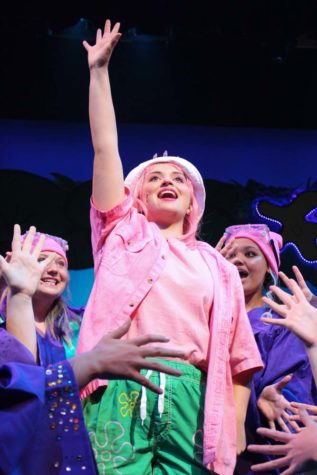 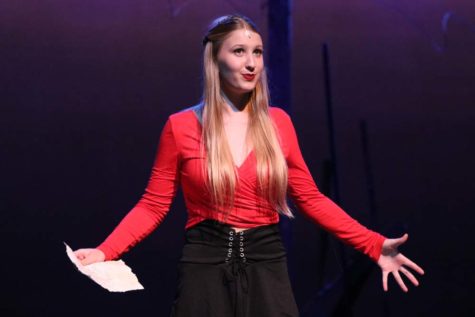 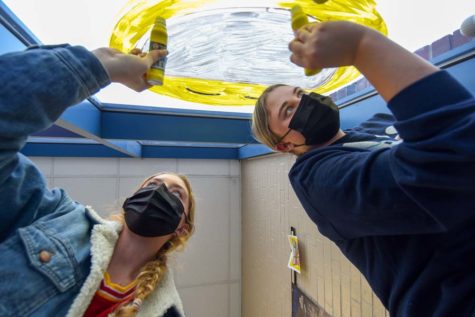 Senior Maggie Merckens and Hannah Geffert draw and fill in the yellow smiley face on the windows next to the main staircase for the Sources of Strength mural to raise awareness for mental health.

Your ticket for the: Congratulations to the November 2021 monthly contest winners!